Department of Organic Chemistry PřF UP cooperates long-term with a number of foreign universities and institutions. Mutual cooperation has already provided a number of significant grants, scientific publications or patents and has confirmed our competitiveness and application worldwide.

University of Notre Dame (IN, USA): Department of Chemistry and Biochemistry 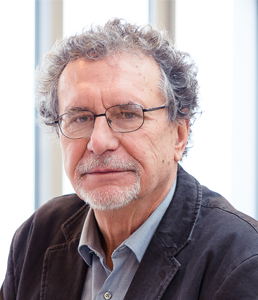 Collaboration with Notre Dame University, Department of Chemistry and Biochemistry was launched in 2007 with prof. Viktor Krchňák, a specialist in combinatorial chemistry, especially for solid phase synthesis. Many students and staff from the Department of Organic Chemistry at Palacky University have undergone research internships in their research group to gain skills and knowledge in solid phase synthesis and combinatorial chemistry. Currently he focuses on two research topics. The first one is dedicated to the development of synthetic pathways to afford diverse chiral heterocyclic compounds with 3D architectures and complete control of stereochemistry, that structurally mimics a complex natural substanceS and contains connected / bridged medium and large circles. The second project focuses on solid-phase synthesis of heterogeneous nitrogen compounds qualified as privileged structures. The key transformation is the displacement of the aryl group by intramolecular arylation of advanced solid-binding intermediates containing the 2-nitrobenzenesulfonamide moiety. 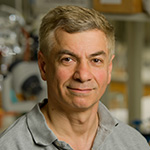 Later cooperation was extended to the research group prof. Shahriar Mobashery. Its central theme is the study of antibiotic resistance and the development of new antibiotics. Effective synthesis of alkenes using Wittig reaction with silver carbonate or regioselectivity of amination to 5-substituted 2,4-dichloropyrimidine using tertiary amines as nucleophiles was studied. Collaboration with prof. William L. Scott of the Department of Chemistry and Chemical Biology was established in 2012 through a series of invited lectures for students and staff of the Faculty of Science UP. Activities in his research are based on the systematic integration of students into the field of drug development. His strategy is based on the international D3 (Distributed Drug Discovery) project, to which our two students have been accepted in the past. The strategy of the D3 project is about simple synthesis of new compounds using inexpensive equipment and their subsequent biological screening within the educational process. 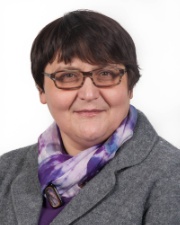 Since 2008, the Department of Organic Chemistry has been working with prof. Natasou Skalko-Basnet of the Department of Pharmacy, University of Tromsø, Norway. The research cooperation was established on the basis of a joint EEA grant aimed at increasing the bioavailability of poorly soluble new biologically active substances. Within the collaboration, a study was developed to increase the solubility and stability of derivatives of 3-hydroxyquinoline-4(1H)-ones with promising cytostatic and cancerostatic activity.

University of Southern Denmark (Denmark): Department of Physics and Chemistry

Cooperation with the University of Southern Denmark takes place both on the scientific and educational level within the Erasmus + program. Our partner is prof. Poul Nielsen, whose research group has long been involved in the synthesis and application of modified oligonucleotides (DNA-analogues). One of the research topics is C-branched oligonucleotides and conformationally restricted DNA analogues such as the recently discovered Locked Nucleic Acid (LNA), which has unprecedented binding affinity for complementary DNA and RNA compared to DNA analogues known so far.

Collaboration with Brock University in Canada was based on research and pedagogical activities with prof. Tomas Hudlicky. His interest is the total synthesis of natural substances. Specific research topics include total synthesis of Amaryllidaceae alkaloids and morphine, synthesis and biological evaluation of oligoinositols, microbial dihydroxylation of aromatic substrates or electrochemical oxidation and reduction of organic molecules. Since 2014, there has been an agreement on mutual cooperation between Palacky University and Brock University. Selected students can be admitted to a Master’s degree at Brock University on the recommendation of the Department of Organic Chemistry.

University of the Sunshine Coast (Australia): Faculty of Science, Health, Education and Engineering

Prof. John Bartlett from the University of Sunshine Coast of Australia (USC) visited the Department of Organic Chemistry in 2013 with a lecture about nanoparticles of silicon dioxide designed to transport pharmaceuticals and began collaborating with our workplaces. His specialization includes, among others, “sol-gel” chemistry for the synthesis of nanostructured materials, especially at temperatures compatible with polymeric and biological substrates. During cooperation nano-silicates suitable for the transmission of synthesized substances at our center in Olomouc are being developed. 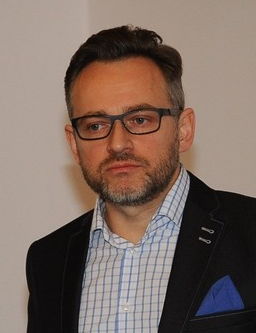 Cooperation with Jagiellonian University has began in 2014. It is targeted to synthesis and study of novel ligands of certain molecular targets. Currently there are two fields of interest. The first area is devoted to research and development of compounds with agonistic/antagonistic effect against specific serotonine receptors. The second field is devoted to the research for dual inhibitors of selected phosphodiesterases. The key collaborator in both fields is Assoc. Prof. Pawel Zajdel. The joint aim is identification of drug candidates for treatment of neurodegenerative diseases and also finding derivatives acting as potent and selective anti-inflammatory agents or antidepressants. Recently, we discovered a novel class of serotonine ligands which were protected by the international patent. Their advanced preclinical development is in progress.

Collaboration with Vrije Universiteit Brussel was established with prof. Frank De Proft and F. De Vleeschouwer. Currently, there is joint research on DFT and ab initio in the calculation of radicals with a focus on the oxidoreduction properties of plant secondary metabolites. The joint publication is in the process before finishing.

In cooperation with prof. Raphaël Robiette is investigating Julie’s reaction. A study of the E / Z selectivity of Julia olefination on aromatic aldehydes has been published successfully. Currently, a DFT calculation project is being developed to focus on a mechanistic study of modified Julie’s reaction and related olefination protocols.

We use cookies to ensure that we give you the best experience on our website. If you continue to use this site we will assume that you are happy with it.Ok